Virgil Watkins was a boat repo specialist based in Miami, Florida. He is also Sam Axe's old friend from the Navy SEALs. He is portrayed by Chris Ellis.

Virgil hired Michael Westen and Sam to repossess Andre's Donzi speedboat for Mason, an old friend. He offered them each $2,000 plus alligator steaks. When the team succeeded in repossessing the Donzi, they drove to Mason's repair warehouse. Michael cased the warehouse, sensing Mason's panic when Virgil did not show. He figured out they were going to kill Virgil and whoever helped him and Michael escaped.

Michael quickly deduced that Mason and his men were dirty cops who planned to rip Andre off and let Virgil take the fall. Virgil confessed that they set up his daughter in Tampa on trumped-up drug charges and threatened to put her in jail if he did not comply. Michael refused to go any further until Sam convinced him to help his daughter. Michael relented and allowed Virgil to stay at Madeline's home.

When Virgil arrived, Madeline Westen took to him rather quickly. That same night, Virgil and Madeline found an intimate connection together and made love, which disgusted Michael.

Virgil and Sam dissected the Donzi to find a stash of $10 million, which is revealed by Andre to be a payment for a debt owed to "important people." On the night Michael met with Andre to negotiate for Virgil's safety, the romantic couple went against Michael's warnings about going out, resulting in Virgil's capture by Andre's men. Michael now had to follow Andre's lead to save Virgil.

Michael arranged for Andre and his gang to meet on a bridge with Mason's cops to make a safe exchange. Virgil escaped successfully while Michael torched the money stash, distracting the feuding sides long enough to break free.

Back at Madeline's house, Michael, Sam, and Virgil split the cash that they saved prior to the prisoner exchange. Virgil's daughter was eventually cleared of the drug charges brought against her, although she still hated Virgil. Michael advised Virgil to disappear for a while until the manhunt blew over. Virgil agreed and left for the Bahamas.

Virgil returned to Miami and met Sam back at Michael's Loft. He asked Michael to help an old partner's daughter, who worked for Pan American Children's Clinic.

Virgil tried to call Madeline, but Michael refused it since the last time Virgil had been in town, Virgil had nearly gotten Madeline killed due to the fact that Virgil's actions had nearly cost her life. As such, Virgil relented.

Virgil introduced Marcella to Michael and Sam, who listened to her problem about a shipment of anti-viral medicine that never made it to the children because it was shanghaied. They agreed to help out.

Virgil and Michael followed a lead to a golf store. The dealer's name was Feldman, who was caught selling Vicodin, but had the charges dropped. They confronted the dealer, who tipped them off to Gerard, a modern-day pirate. He refused to purchase the stolen anti-viral medicine, so Gerard went looking for another buyer.

While Michael posed as a helpless lab tech working on performance enhancers, Virgil posed as a partner to sell Gerard on a hijacking job. Gerard accepted and hijacked Virgil's boat. To help Virgil escape from the hijackers, Michael fired a gun to Virgil's side, looking like he shot him accidentally. Virgil dropped off into the water and stayed until the hijackers left. His previous SEAL experience helped him survive.

Virgil was disappointed when they figured out that Gerard's warehouse was too massive to look through the cargo boxes for the anti-viral medicine. Michael decided it was time to make Sam look like he tried to eliminate Gerard and steal his merchandise. The plan came through, resulting in Gerard's capture along with his crew. The police recovered the remaining warehouse merchandise while Michael slipped away with the anti-viral medicine. Virgil, Michael and Sam delivered the medicine to Marcella, ensuring the children's futures.

Madeline arrived at Pan American Children's Clinic (thanks to Michael) to tell Virgil how proud she was of him wanting to help children out. They finally went out on their date together.

Virgil served with Sam prior to Michael's burn notice. He served tours in Panama, Iraq, and China. He previously had top secret clearance, but had not checked for a while. Sam noted he had made a mistake that nearly cost him his life. Virgil spared his life when he did not deserve to. Sam had owed Virgil a debt since then.

Virgil had not been sighted since his return to Miami after his job with Marcella.

It can be assumed that Virgil is still in Miami as he is mentioned in episode 3.05 'Signals and Codes'. When Michael uses a boat to meet with Shannon Park, Sam asks how Virgil's boat worked out for the meeting and proceeds to tell a story about catching a large fish while fishing with Virgil off Randall Key recently on said boat. 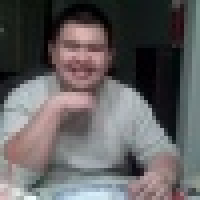